Co-directs the feature films La doble vida del faquir and Màscares with Elisabet Cabeza, and with Àlex Gorina the television series La gran il·lusió. Relat intermitent del cinema català. In 2009, he is a finalist for the Max Awards for his adaptation of the play Su seguro servidor: Orson Welles, which he also directs. Professor of Audiovisual Communication at the UAB, he has published more than forty books on film history for which he has been awarded the Comillas prize, Ricardo Muñoz Suay Award from the Spanish Film Academy, AEHC prize and Film-Història prize. Since 2010 he has been the director of the Filmoteca de Catalunya and, between 2011 and 2017, he belonged to the FIAF executive committee. 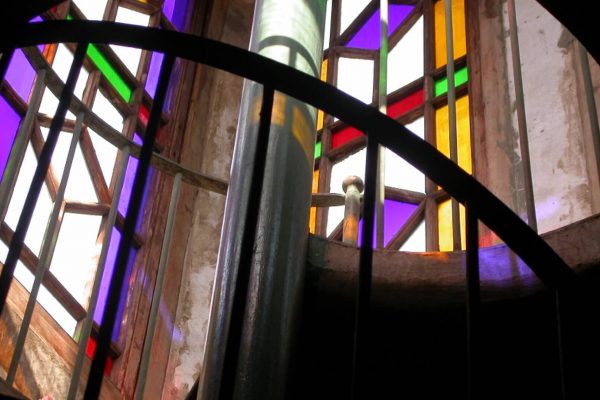 Esteve Riambau ventures into a journey to the past through everyday objects and spaces which seem to remain untouched by the passage of time. With the voices of Josep Maria Pou and Vicky Peña.
Un impulso colectivo - Curts
Spain · 14 min