He is an actor, author and director. In front of the camera, he has notably played in films by Lucie Borleteau (Fidelio), Delphine Leoni (La nuit est là), Sarah Arnold (Fabula Rasa), Thierry de Peretti (Sleepwalkers), Antonin Peretjatko (Struggle For Life), Lavinie Boffy (La vie ou la pluie); On stage, under the direction of François Orsoni, Jean-Christophe Meurisse for the group Les Chiens de Navarre, Thierry de Peretti, Cristèle Alves Meira and in his own productions. In his films, Pascal Tagnati observes his time, his contemporaries or himself, with humor, sensitivity and melancholy. I Comete is his first feature film. 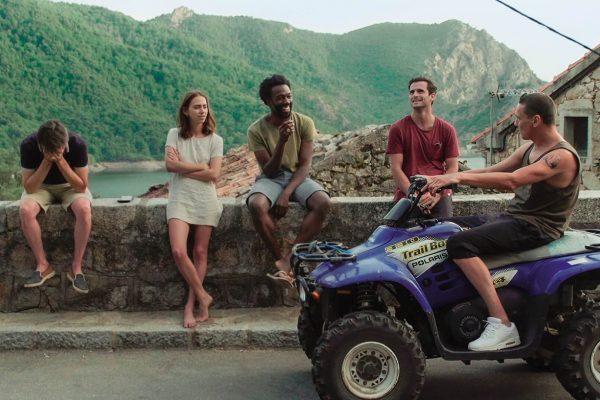 Corsica, in a small town. During a summer, we observe its people: residents and punctual visitors, families and friends reunited... And, with the greatest naturalness, a camera that takes us there. An award-winning debut film in Rotterdam.
Filmin Emergents
France · 127 min

I comete: A Corsican Summer