He is a director that has been working for more than ten years in films, commercials, music videos and opening titles for feature films since 2007 when he established Dvein, a production company and directors collective. Teo’s directorial work with Dvein had a wide success in commercials and films and been featured in multiple festival and exhibitions around the world such as Saatchi & Saatchi’s New Director Showcase (France), OFFF Festival (Spain & France), F5 (United States), or ArtFutura (Argentina). Aside other awards and recognitions he has also been awarded with the City of Barcelona Award on Film (2012) 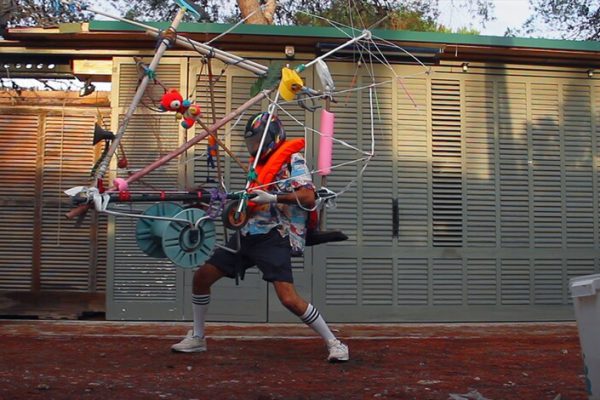 In this short film, which could be a musical, someone who seems suspended between these two worlds moves, disguises, interacts with the objects left behind.
Spain · 19 min. min