We are experiencing the biggest global crisis ever known. This is the world where Paco and Miguel live, two security guards who look after an old abandoned factory.

Although they have been working at the factory for over 8 years, they have never exchanged a word. They only exchange night and day shifts… But, everything changes when they suddenly lose their jobs. They finally come together and they decide to build a machine to escape from that world.

In 2006 he premiered his first feature documentary My Grandmother’s House, which obtained several international awards including one of the most prestigious, the Joris Ivens Award at the IDFA Documentary Festival in Amsterdam, given for the first time to a Spanish director. Other recognitions include Awards at Miami, Toronto, Chicago, Madrid or Taipei’s International Festival, and a nomination for Best Documentary by the European Academy of Cinema. 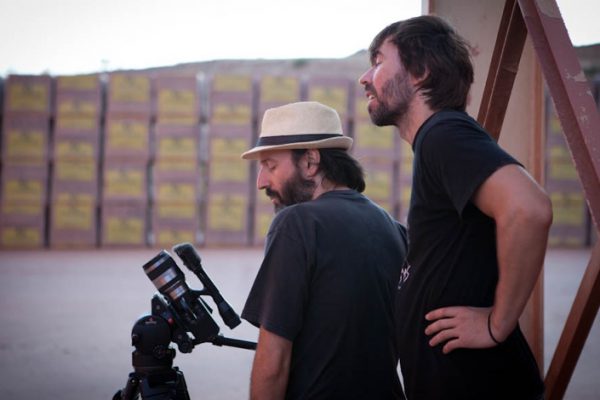 He is self-taught film director with a career both in the Film and the Advertising industries. In 2007 premiered his first short film in 35mm. ‘Children that never existed’ which won the international recognition in over 100 film festivals.

In 2008 he starts the long adventure of shooting The Incredibles, a documentary film finally premiered at the 2012 San Sebastian Film Festival, with different international awards. Recently, he premiered at the Malaga Film Festival Linko (2014), commissioned as a co-director, and being one of the few Spanish film that combines real actors with exclusively digital scenarios.