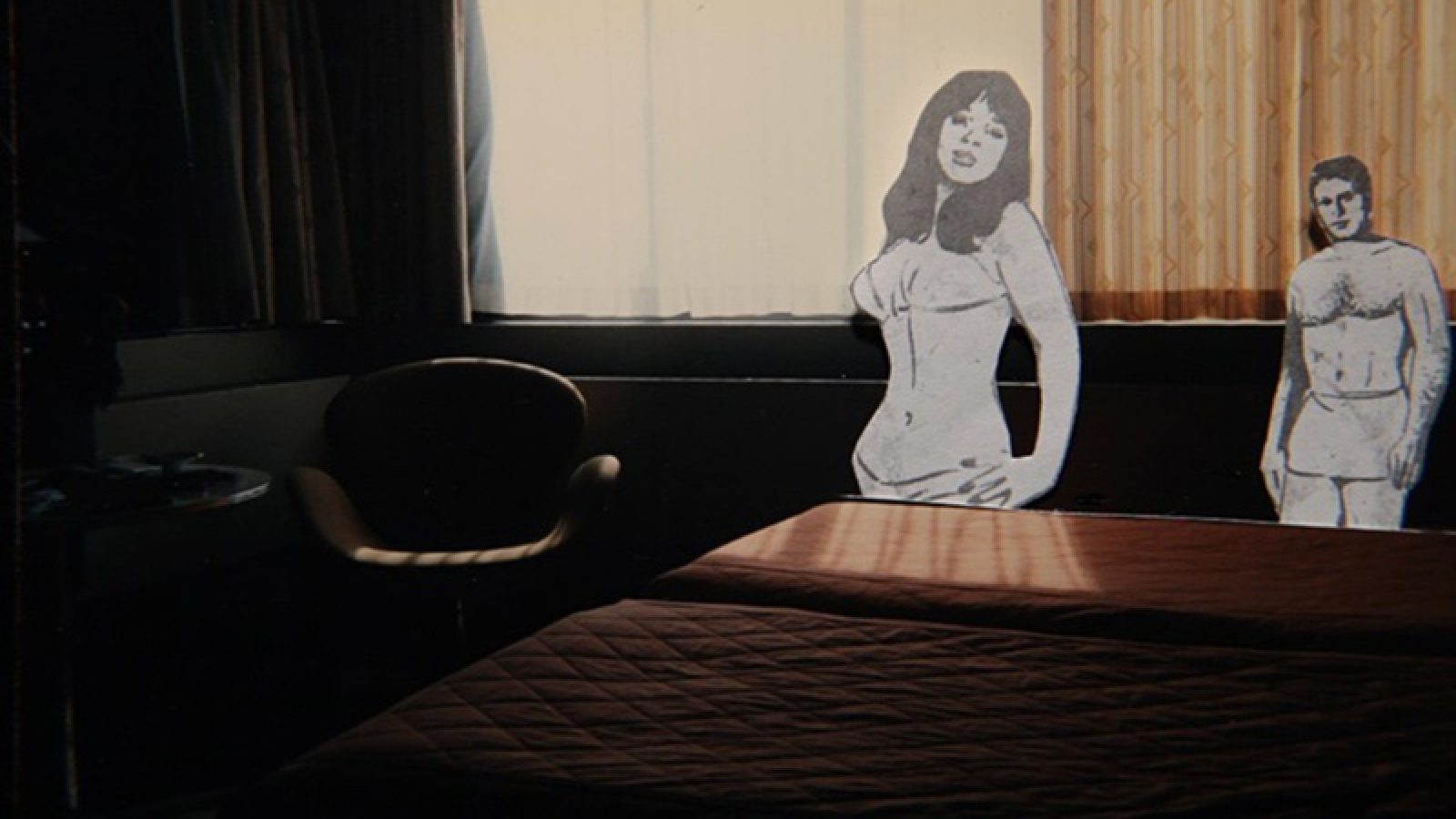 The film juxtaposes photographs of the filmmaker’s honeymoon with Mexican comic book figures that Klahr, one of the most representative authors of film-collage, began collecting in 1990.

This movie is part of a program that includes:

(New York, 1956). Master collagist Lewis Klahr has been making films since 1977. He is known for his uniquely idiosyncratic experimental films and cutout animations which have been screened extensively in the United States and Europe. New York’s Museum of Modern Art has purchased Klahr’s films for their permanent collection, and curated three one-person shows with him since 1989.